HAND Recognizes Arlington with “Best Partner Award”
Arlington County received this award from the Housing Association of Nonprofit Developers (HAND) based on outstanding and innovative housing developments, programs and solutions across the metropolitan region. HAND recognizes County staff and citizen leadership for their commitment to affordable housing. (June 2016)

Arlington Mill Wins “Excellence in Housing Development” Award
Arlington Mill Community and Senior Center and Residences has been awarded a 2015 Urban Land Institute Washington Trends Award for “Excellence in Housing Development.” The vision for this project outlined more than a recreation center and site for low-income housing; it was was designed to serve as a catalyst for community revitalization and redevelopment. Completed by APAH in February 2014, the four-story, 122-unit Residences are 100% affordable. (May 2015)

Sarah Pizzo Named as One of Top 40 Under 40 in Housing
Sarah Pizzo, Housing Development Specialist, was recognized by the Virginia Housing Coalition (VHC) as one of the Top 40 Under 40 in Housing. The award honors young talent for professional excellence in affordable housing. Pizzo has 13 years of affordable housing experience and has facilitated the approval of nearly $50 million in funding for eight projects with a total of 800 affordable units. (June 2014) 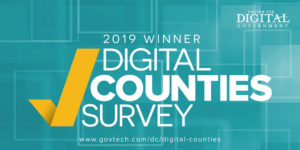